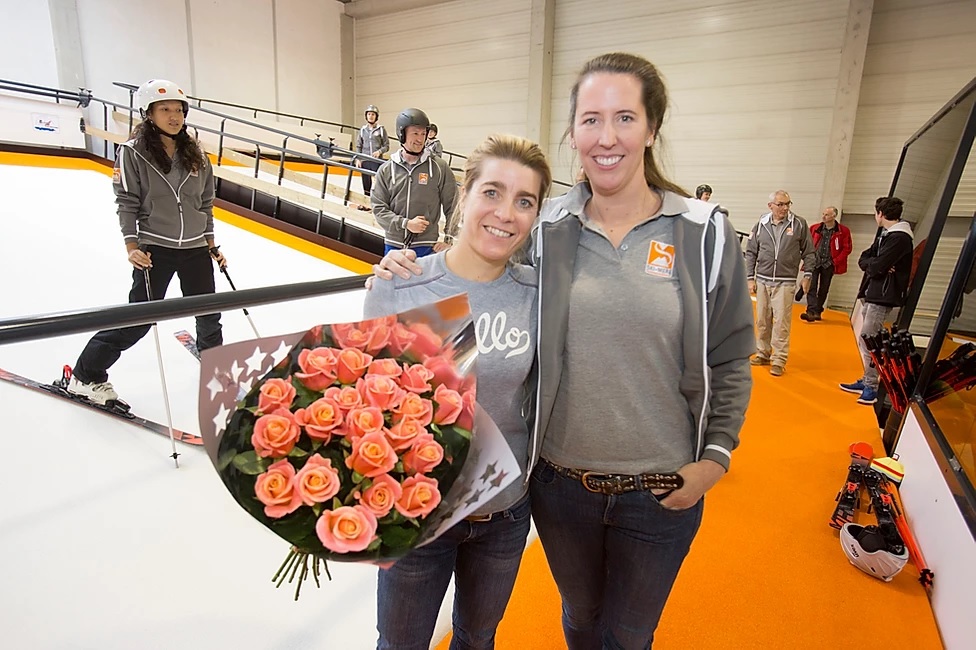 Minke Jorritsma´s aim was to introduce people to snowsports in an accessible and safe way and she felt that the best way was to open up this indoor ski simulator center with treadmill ski machines in Almere. With two adjustable revolving ski slopes that have a ski surface of 5 x 9 meters, she can teach both beginners and experts on how to improve their ski technique and bring the overall level of Dutch national athletes to a higher level and with that the chance to win more Gold medals. The conveyer belt on the treadmill is covered with an artificial, especially designed, ski carpet called Pole-Snow®. The treadmill is set in an angle and as soon as the conveyer belt starts rotating, you can start skiing. The synthetic ski grass will give a similar experience as skiing in snow. The angle of the ski treadmill is adjustable as well as the speed which makes this ski machine suitable for both beginners and experienced skiers.

Although skiing and snowboarding are the focus, every last Friday of the month Ski-Mere is usually organizing an Après-Ski party, simply because sport and fun are a great combination!