The history of indoor skiing 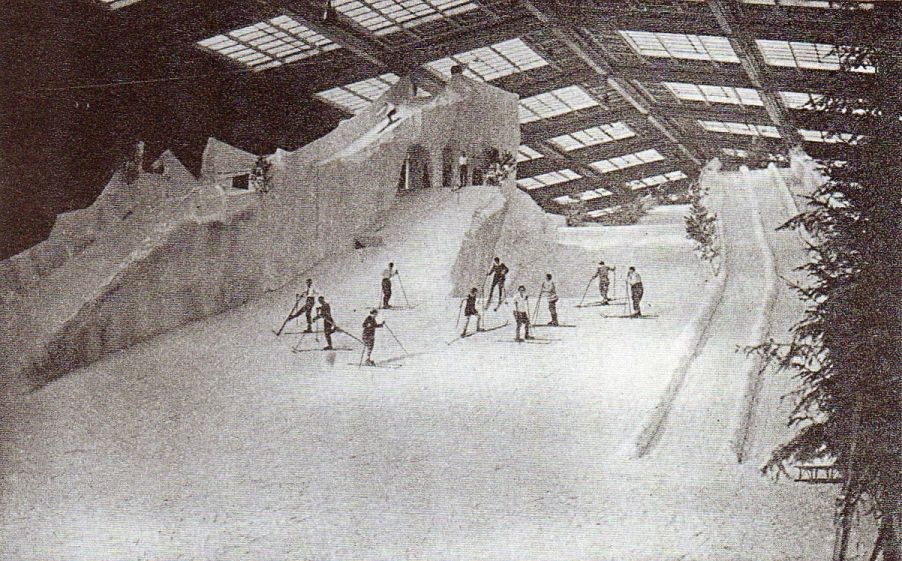 Indoor skiing has proved to be increasingly popular as a means to bring skiing to areas where it would never be naturally possible. As increasing numbers of people sought new ways to practice their favorite sport closer to home, the concept of skiing indoors became more and more attractive as the years passed. Since it has come a long way, we invite you on a journey through the history of indoor skiing and list some of the key events that have formed indoor skiing as we know it today!

The first attempts to create an indoor space with artificial snow date back to 1927. As a temporary attraction, the first ‘indoor snow center’ was created in the Automobilhalle in Berlin. From the Easter weekend to June the 12th in 1927, this indoor snow center gained worldwide attention. Yet, a more permanent facility had also opened later in that year when Dagfinn Carlsen, a Norwegian ski jumper who lived in Vienna, took advantage of the closing of the old Northwest train station. In 1927, he opened his ‘’Schneepalast’’ in the former main hall of the train station. His revolutionary ‘Snow Palace’ contained a giant ski slope that was constructed on scaffolding covered with coconut matting, a toboggan run, and even a 70-foot indoor ski jump. To realize his dream, Dagfinn used a mix of soda and sawdust, which was invented by a British chemist named Laurance Clark Ayscough. In a newspaper review, the fake snow was described as ‘’white, soft, and slippery as natural snow.’’

What was rather entertaining was that the skiers who ended up face down in the snow reported being able to taste the soda. Most importantly, Dagfinn was one of the first individuals to bring the excitement of skiing on the mountains inside and has inspired others to further develop the concept of indoor skiing. A report about the opening of the Schneepalast in 1927 stated: ‘With a little imagination, you can believe you are somewhere in the mountains.’ 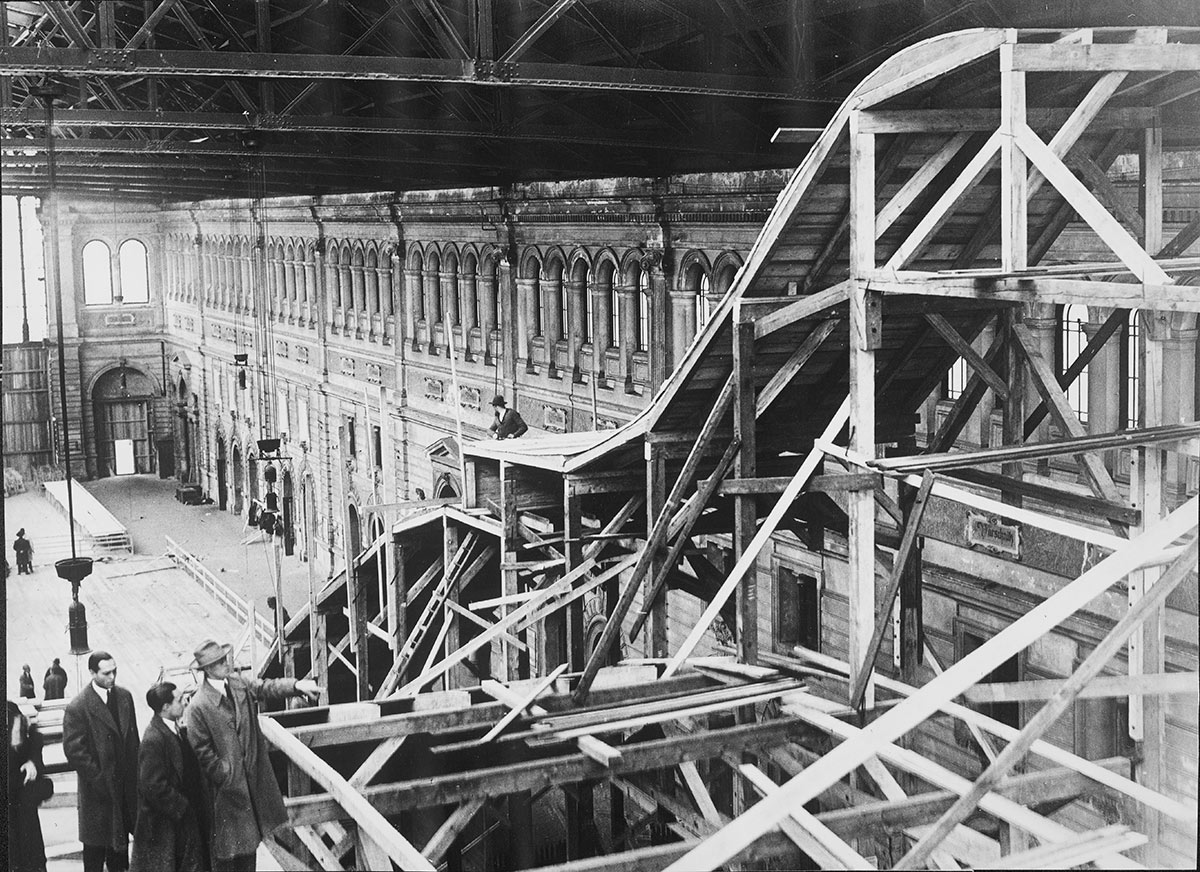 How the concept of indoor skiing evolved

Eventually, the Vienna center closed after six months as people realized the soda mixture was not that ideal for skiing because it was not slippery enough. Therefore, in the years that followed, different techniques were used to recreate snow. During the 1930s, several indoor ski halls in Paris opened their doors. Visitors of the ski centers hurtled down ski slopes that were made of coconut matting with a top layer of snow-like chemical dust. Moreover, a different technique was used in the United States in 1937 during the ‘North American Winter Sports Show and Ski Meet.’ The well-visited event featured an 85-feet high ski jump, dog sledders, American and European ski stars, and clowns on ice. Facilitating this event was a challenging task in terms of logistics. In the end, five powerful machines pulverized an estimated 1 million tonnes of ice into a snow-like surface to cover 30,000 square feet. Powerful freezing machinery produced the ice and kept the Arena cool, requiring the skills of 18 electricians and tons of energy. The show was eventually watched by over 90.000 people!

Using ice to create a snow-like surface proved to be a common method for creating indoor skiing opportunities until the late 1980s. The modern era of indoor snow centers began with the first facilities opening in Japan, Belgium, and Australia. Yet, as the centers used refrigerated buildings with sub-zero temperatures, they had a reputation for being ‘sloping ice rinks’. After all, it was not until the opening of ski centers such as Tamworth Snowdome in 1994 and SnowWorld in 1996 that indoor ski centers started to recreate the texture of real snow without the use of crushed ice or any form of additives. In the years that followed, various innovations have led to machines that could produce better artificial snow, allowing worldwide ski domes to improve the snow conditions on their slopes. As a result, SnowWorld has grown into the biggest operator in Europe, providing snow sports enthusiasts across four different countries with the opportunity to practice their favorite sport closer to home! 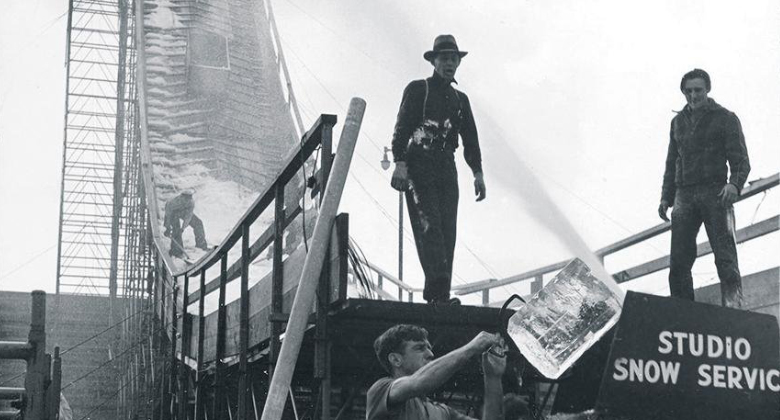 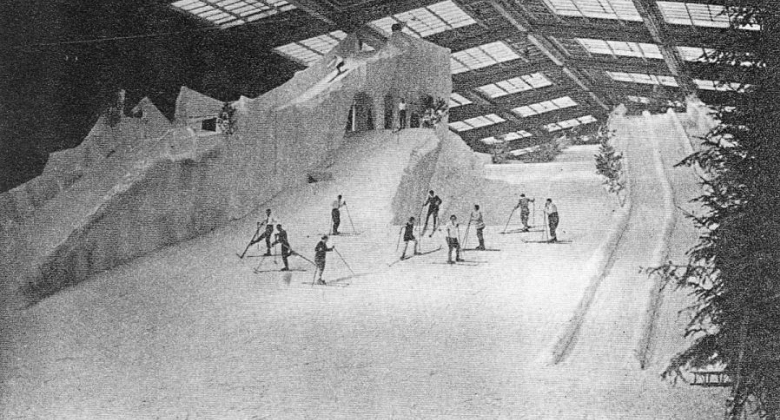 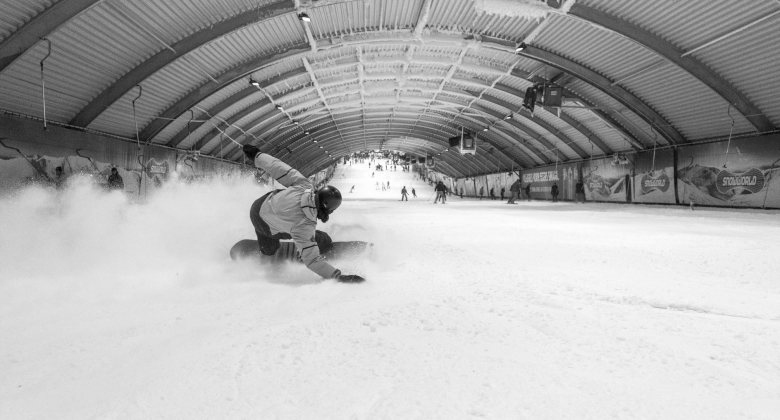 The increasing popularity of skiing as a sport during the 1900s has influenced many individuals to be creative and come up with innovative solutions to make skiing more accessible. In 1962, Schine Enterprises launched Ski-Dek: the first rotating artificial ski slope! Skiing was done on “a nylon, ruglike conveyor belt which moved downhill at various speeds,” according to the United Press account. ‘To create an outdoors-like atmosphere, an air conditioning system furnished cool air which blew into the skier’s face.’ Instead of having a skier run downhill, the mountain was moved past the skier.

This concept has eventually led to the creation of our beloved Alpine Engineering in 1995 when our founder Rob embarked on an exciting journey. As a talented snowboarder and mechanical engineer, Rob designed and built two treadmill ski machines and opened an indoor ski center. While its success soon sparked a growing demand for ski simulators from other centers, Rob dedicated all of his time and effort to Alpine Engineering SkiMachines.

Since then, we have endeavored to be at the forefront of the industry in terms of technology, knowledge, and expertise. Our passion forms the basis of everything we do, allowing us to ensure the highest quality ski simulators and exceed the expectations of our customers. 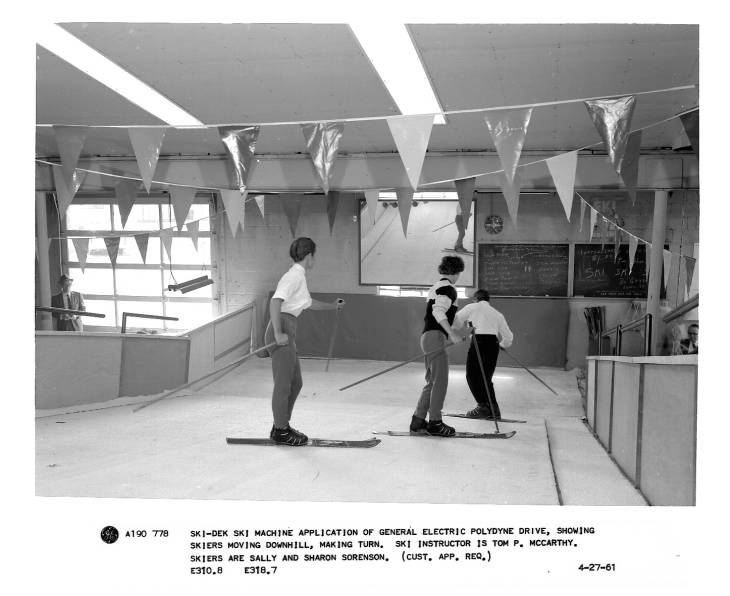 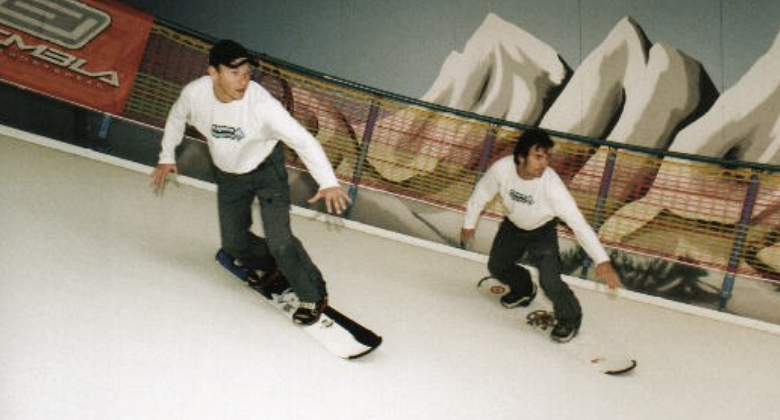 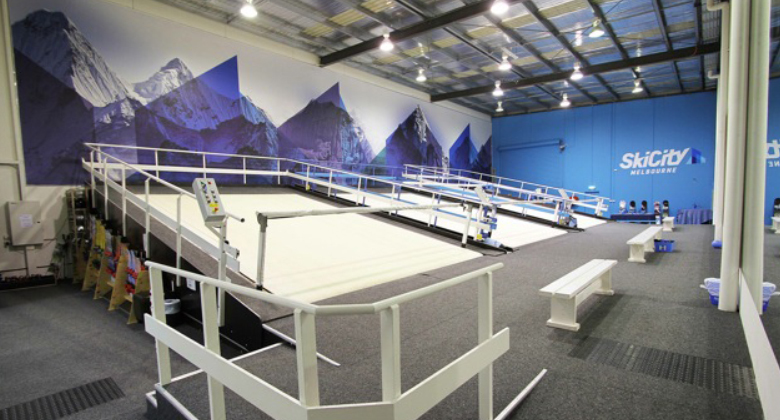 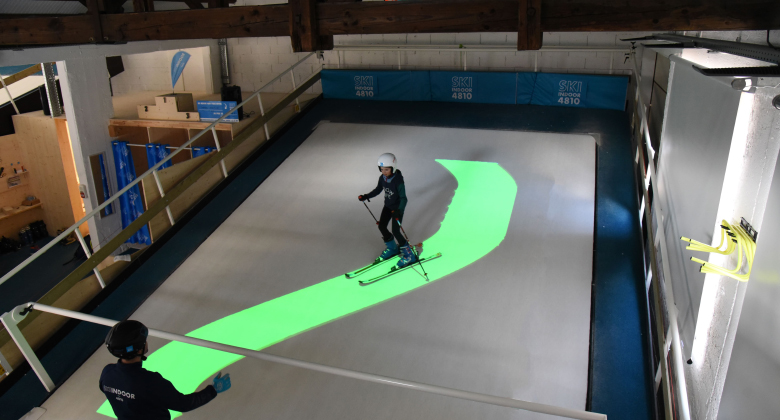 With 100+ SkiMachines installed worldwide, numerous positive reactions from clients, and over 25 years of experience, SkiMachine has created wealth and know-how in creating the highest quality indoor simulators in the industry. We are more than happy to provide you with professional input at any time!

Back to the overview